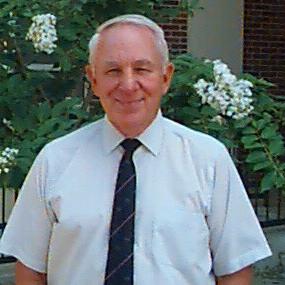 Jack Stallings is Associate Professor, Department of Health and Kinesiology, and (until his retirement in 1999) was also Head Baseball Coach at Georgia Southern University (1975-1999) He held the same positions previously at Wake Forest University (1958-1968) & Florida State University (1969-1975)

Coach Stallings coached into his third decade at Georgia Southern as the third-winningest active coach in Division I baseball. Stallings' overall record was 1,229-767-5, with 829-552-5 in 21 seasons at GSU. He currently serves on the American Baseball Coaches Association Board of Directors and is a member of the Hall of Fame.


The Ability to Play Well Under Pressure is One of the Most Desired Qualities for any Athlete in any Sport, and a player who can perform extremely well in practice but cannot duplicate that performance in a game will not be successful and will, in fact, be a very frustrated athlete.

Pressure is created not by the game situation but by how we look at it and how we handle it.. it is not it or they making us tense, it is us!

We create pressure by how we think or act, not by the situation we are in at the moment. The difference in playing a routine game in the middle of the season or the final game in the College World Series is not the game itself, because the game is always the same, but in the mental attitude of the player.

The difference in playing a game in the backyard, home park, or in Omaha at the College World Series is not in the playing field but in the mind of the player...this is why a consistent approach to every game is the key!

To place any more importance on one game is to get out of the consistent preparation and consistent performance so vitally needed to be a consistent athlete who can perform properly under pressure.

Perhaps the most harmful three words in baseball are: "This is it!" as in, This is it, fellows. ..it is do or die for us, it is now or never, we have got to win this game or there is no tomorrow!"

For a coach or a team to put more emphasis on any one game is to put added pressure on the players and this usually hurts rather than helps performance. The objective under pressure should not be to play super because that is an unreasonable goal; the objective of an athlete should be to play normally under pressure.

A former coach used to say, "When the game is on the line, all I want is for each player to just do his job." If each player will do his job normally in a pressure situation, the team will perform well and will be successful a good percentage ot the time. Coming through under pressure is a percentage action. If a hitter is averaging .333 and gets a hit one time in three clutch situations, he is performing well in the clutch...normal performance under pressure is the goal, not super performance.

All too often an athlete gets the reputation as a "great clutch player" because of one or two performances that got a lot of media attention, but the truth of the matter is most of the time a "great clutch performer" is one who performs normally under pressure.

By proper concentration, you control the situation rather than the situation controlling you, so the player should focus on performance, not outcome! CONCENTRATION IS THE PROPER SOLUTION.

Gimmicks used in pressure situations, in order not to be nervous, realistically do not get to the root of the problem; like a coat of paint over rust, it may cover up the problem for a while, but it does not solve it.

However, gimmicks can be useful to help an athlete relax and "free the mind" from the pressure of the moment.

A former great relief pitcher used to back off the mound for a moment and think of fishing in a lake high in the mountains of Colorado.. .the peace and tranquility of the area would help his mind and body relax, and he could hear the buzz of insects and the soft calling of a bird overhead... he would take a few deep breaths to further relax, and go back up on the mound ready to pitch normally.

POISE IS A SKILL AND CAN BE LEARNED, just like any other athletic skill can be learned. Coaches can teach athletes how to play well in pressure situations, and athletes can practice it just like they practice throwing a curve ball or tagging a base.

Proper performance under pressure is a HABIT and can be learned by being put into pressure situations and habitually concentrating on the proper task... it takes practice and effort, but it can be learned!