The statement above is a common one used on this web site. It means that a player should hustle and give his best effort every time he steps on the field. That includes practice and games.

Because You Never Know Who’s Watching 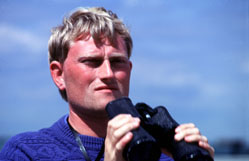 This past weekend I was fortunate enough to be allowed to sit with several college coaches as they evaluated talent at a very good high school baseball tournament. This was a small tournament with only six invited teams, held at a major division 1 college campus. A “showcase” tournament.

No player’s names are being used, no teams are being mentioned and I will try to stay as generic as possible with the description of these players. The focus of this article is to make a point, not to embarrass any particular player.

The following are some of the comments and discussions that I was allowed to listen in on:
If you think that college coaches and professional scouts do not notice the “little things” you are mistaken. As one coach told me …. “We have to pay attention to each of the intangibles, it is the only real separator between some of these guys.” He went on to explain that each recruiting year they will have several players on their board that are essentially equal in athletic skills and ability. What then makes the difference is the “Little Things.”

So the next time you think that it doesn’t matter how you hustle or present yourself maybe you should revisit that part of your game. As another coach told me … “A player can hustle and give his maximum effort even on a day when he and/or his team is not playing their best game. It doesn’t take any athletic ability to hustle.”

You Never Know Who Is Watching